Believing in God’s Word and Spirit

In 1928, a group of community leaders met to discuss their shared ideas of ways to enhance local worship. After devoting sincere thought and much prayer to their decision, the group decided to form a new church. The newly-formed church was named Mt. Zion Progressive Missionary Baptist Church, with Rev. Robert Lewis elected as the first Pastor. In addition to the church founders, the majority of the new congregation of Mt. Zionites came from the First Mount Zion Missionary Baptist Church located on 22nd Street South.

A search for the location of the new church led to a small frame building in the 900 block of 20th Street South.

Worship services and other church related or supported activities continued to be held in this building under the succeeding Pastors, Rev. C. Dean and Rev. J.E. Harris.

Under the guidance of Rev. C.H. Mobley, Mt. Zion was blessed with enlargement of the original sanctuary, construction of a parsonage, and the purchase of two adjoining lots. In 1946, Rev. Mobley initiated construction of a new sanctuary at 948 20th Street South. This building was also home to the Mt. Zion Children’s Center.

After serving Mt. Zion as Assistant Pastor, Deacon, Trustee, Superintendent of Sunday School, Choir President, and church clerk, Rev. Louis S. McCree, Sr., was called to Pastor. His first-hand knowledge and experience aided in the launch of his vision and served as the foundation for his time as Mt. Zion’s longest serving Pastor.

During his leadership, Rev. McCree oversaw completion of the sanctuary, construction of a new annex, installation of modern kitchen equipment, creation of a kindergarten, bought a van to start a transportation ministry, and purchased three lots for member parking and future expansion. One other major action under Rev. McCree was the purchase of a Hammond organ for the sanctuary. Each of these actions served to increase the level of comfort, worship and service for all.

After the home going of Rev. McCree, Rev. Wilkins Garrett, Jr., became the pastor of Mt. Zion. In addition to sustaining Mt. Zion’s foundation of spirituality, Rev. Garrett sought to enhance Mt. Zion’s ability to meet educational, financial, affordable housing, and social needs of our members and the community.

Under Rev. Garrett’s leadership, the current sanctuary, Human Services building, and Family Life Center – adjacent to the sanctuary – were constructed in 1990, 1995, and 1996, respectively. Outreach missions were conducted with the Caribbean World Mission, Ethiopian Ministries, Haiti Ministries, and the Virgin Island Missions. In conjunction with several local pastors, Rev. Garrett was a founder of the IMA Credit Union.

Rev. Louis M. Murphy, Sr., succeeded Rev. Garrett as pastor of Mt. Zion and has dedicated the focus of his leadership to realization of the “Vision” for Mt. Zion. The goal of the Vision is to effect a positive change in our community within a two-mile radius of the church.

While Rev. Murphy continues to inspire Mt. Zion’s membership towards the Vision, he has guided Mt. Zion’s increase in membership, community outreach, and the opening of the Mt. Zion Christian Academy in August 2012. Future plans for Mt. Zion include job training, housing for seniors, internal missions, a halfway house for inmates released from correctional facilities, drug prevention/rehabilitation, and parenting programs, to name a few.

Mt. Zion is on a mission to bring about “effective change” in our community and will do so by going “further in and deeper down.” 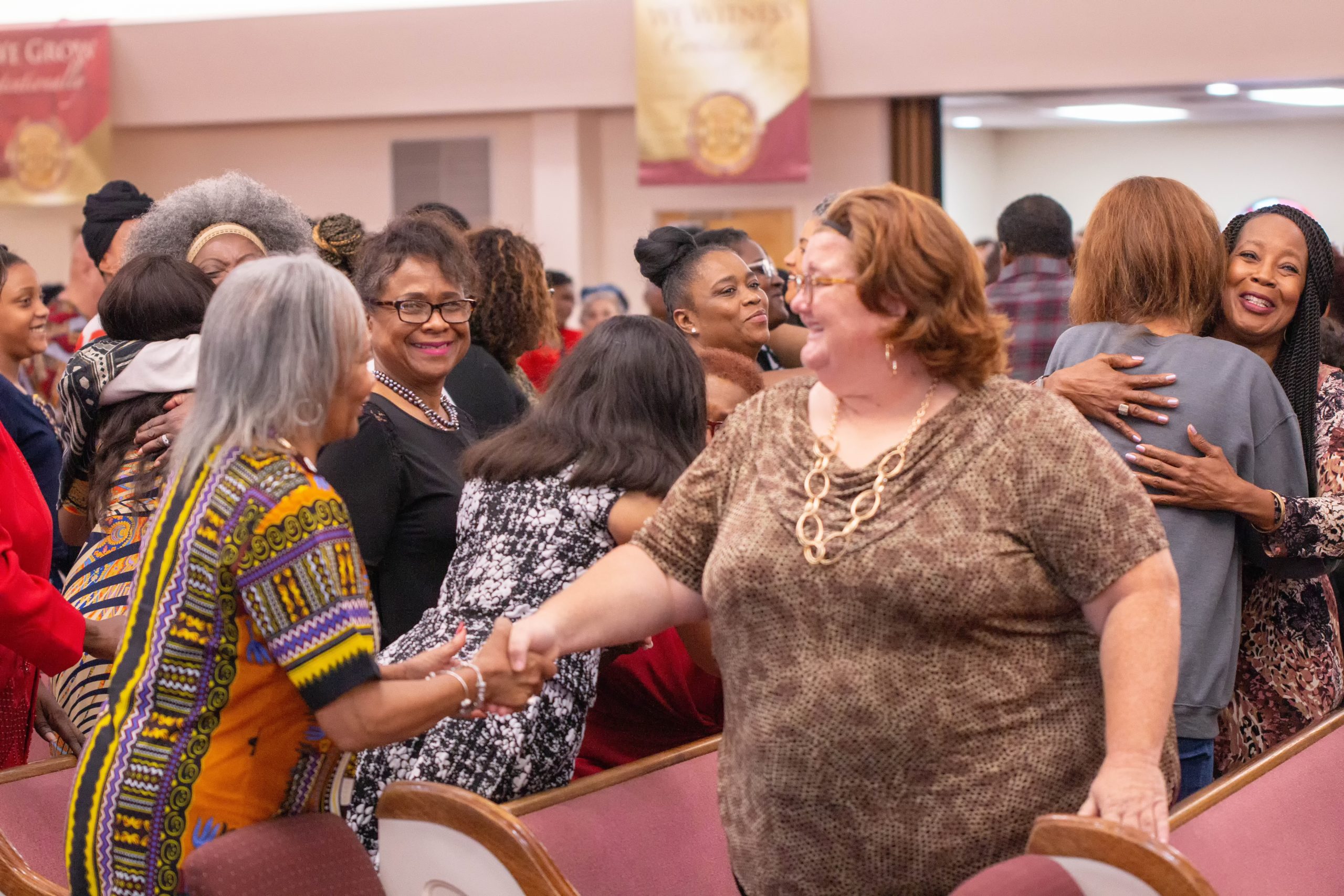 Impact the world by equipping believers to reach the lost with the Gospel of Jesus Christ.

To bring about an effective change within the two-mile radius of the church and beyond.

Mt. Zion Progressive Missionary Baptist Church is on the cutting edge of ministry—meeting the needs of a diverse congregation. We offer a blend of contemporary and traditional services, Bible Study, and performing arts. Our goal is to meet individuals where they are on their Christian journey and to provide them with the necessary biblical applications and guidance to live a Christ led life.

We love unconditionally – “Hereby perceive we the love [of God], because He laid down his life for us: and we ought to lay down [our] lives for the brethren.” 1 John 3:16

We give generously – “Give, and it shall be given unto you; good measure, pressed down, and shaken together, and running over, shall men give into your bosom. For with the same measure that ye mete withal it shall be measured to you again.” Luke 6:38

We serve enthusiastically – “Each of you should use whatever gift you have received to serve others, as faithful stewards of God’s grace in its various forms.” 1 Peter 4:10

We grow intentionally – “Instead, speaking the truth in love, we will grow to become in every respect the mature body of him who is the head, that is, Christ.” Ephesians 4:15

We witness consistently – “But ye shall receive power, after that the Holy Ghost is come upon you: and ye shall be witnesses unto me both in Jerusalem, and in all Judaea, and in Samaria, and unto the uttermost part of the earth.” Acts 1:8 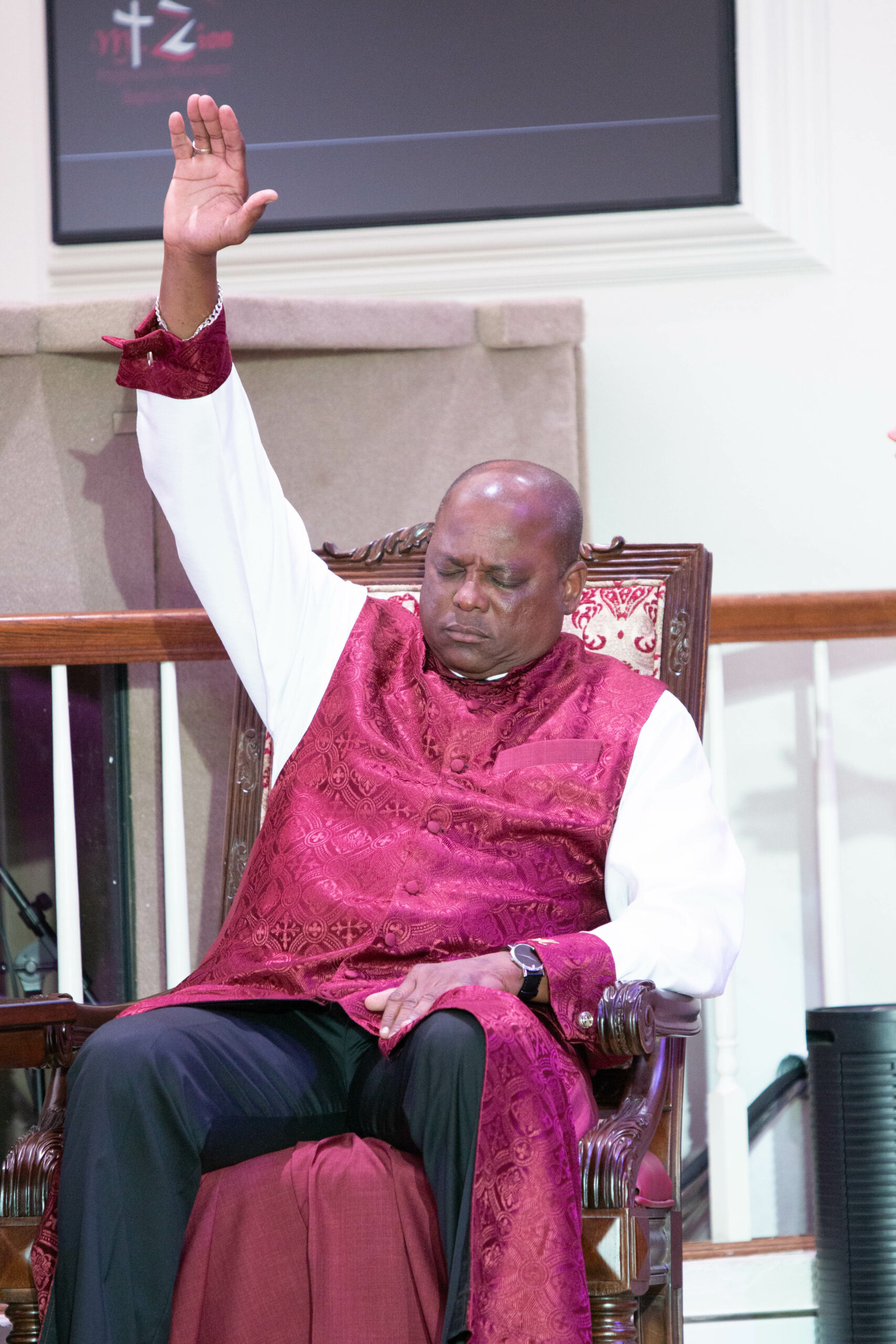 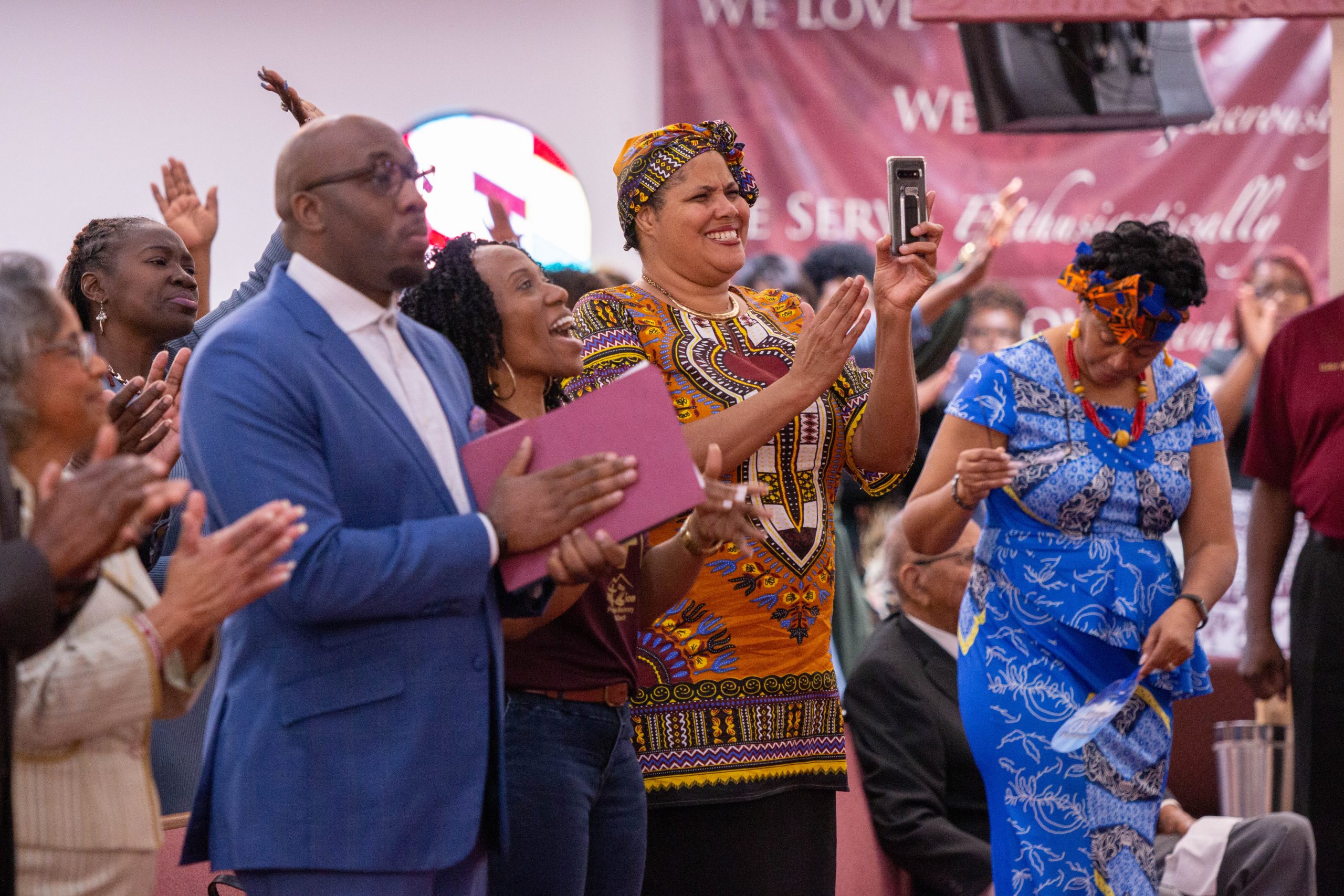 We teach that Jesus Christ is the Son of the living God, second Person of the Trinity, was born of a virgin and lived a sinless life to die for humanity and redeem man unto God the Father. He was resurrected from the dead and He ascended back to glory (heaven) and is seated at the right hand of God. (John 10:30; 14:9).

Attending church services regularly helps Christians grow spiritually. You will receive equipping in righteousness as God’s Word is preached and taught in the local church (Heb. 10:25). The Scriptures teach us to have a definite decision of the heart to “Bring ye all the tithes into the store house…” (Malachi 3:10; I Corinthians 16:2).

Rev. Louis M. Murphy, Sr., has dedicated his pastoral career to kingdom building, inside and outside the walls of Mt. Zion Progressive Missionary Baptist Church, where he was installed as the Senior Pastor in May 1999. Murphy entered the ministry with a life-long track record in secular leadership. A one-time Drum Major for the world renowned Florida A&M Marching 100, previous Student Government representative, former non-commissioned Marine Corps officer and 4-year District Executive for the West Central Florida Council of Boy Scouts of America, prepared Rev. Murphy for his calling to lead Mt. Zion Progressive.

Under his guidance, and with the support of his leadership team, Mt. Zion Progressive has grown to become the largest African-American congregation in the city of St. Petersburg, FL. The congregation has been challenged to go outside the church walls to bring about effective change within a 2-mile radius of the church. In 2005 it was the goal of Murphy’s to pay-off the $2.1 million mortgage on the church, and seconds before the church rang in the new year of 2006, that goal had become a reality. The church has achieved many goals since that faithful night, including the opening of the Mt. Zion Christian Academy in August 2012.

Outside the walls of the church, his unwavering focus on effective community change placed Mt. Zion on the leading edge of economic and spiritual renewal in the City’s most overlooked areas. In 2001 he became a founding Board member of Urban Development Solutions, when he along with four others seeded a $100,000 loan for the development of Tangerine Plaza, a 47,000 square foot shopping center that opened in 2005 as the first private investment venture in Midtown, in 30 years. In 2004, he Co-chaired the Power On! campaign, which was credited with helping to produce a record black voter turnout in south St. Petersburg. In 2006, he joined other faith leaders in the Calling the Men Home initiative, which assembled 4,000 men in an effort to galvanize renewed leadership of their families, churches and communities. The same year, Murphy led a 1,000 person rally calling for collective action against the violence that claimed the lives of many youth on the streets of St. Petersburg.

In May of 2007, God delivered a vision through Rev. Murphy that the time had come to call all of the city’s faith community together to fight for the souls of south St. Petersburg. From this prophecy the Seven x7 revival was born. Seven teams consisting of 7 churches, hosting revivals, over 7 consecutive nights, at 7 locations through south St. Petersburg. The manifest was to unite and reawaken 49 congregations to act as ONE to execute the Great Commission on the south side of the city. Today he remains the driving force behind the movement, and is one of 15 Pastors that comprise the core steering committee.

Honors bestowed upon Rev. Murphy include the Distinguished Citizen of the Year Award by the Boy Scouts, the NAACP President’s Award, the Omega Psi Phi Fraternity Citizen of the year Award, the St. Petersburg Bar Association Liberty Bell Award, and the WBTN Radio Ministry Recognition Award. His media contributions include articles as a feature writer in the St. Petersburg Times, (now Tampa Bay Times), past appearances on TV and radio talk shows including, WMNF’s Radio Activity, WTMP’s Jettie B. Wilds Show, and Fox 13 News. He was also featured on the cover of The Power Broker magazine in 2006. Rev. Murphy recently accepted an appointment as council member for the Community Foundation of Greater St. Petersburg.

A native of Florida and educated in the school system of Deland, Florida, Rev. Murphy continued his studies at Florida A&M University and the University of Central Florida. He received a B.S. in Business Administration from Chaminade University, while serving in the United States Marine Corps and stationed in Hawaii. It is there that he met his wife, the late Filomena Murphy. Together they have two children, Chiriga and Louis, Jr.; a grandson, Jair and two granddaughters, Filomena and Ava. 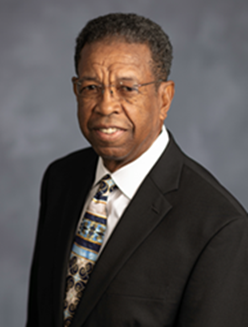 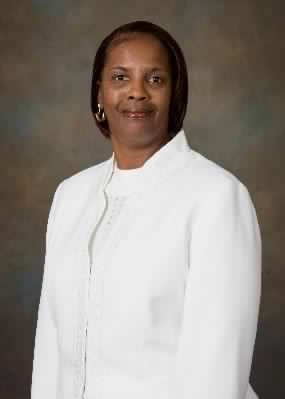 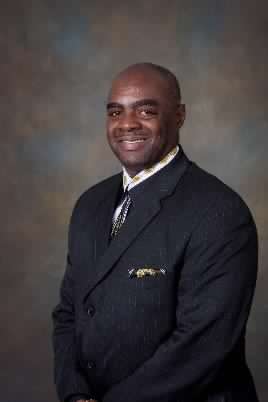 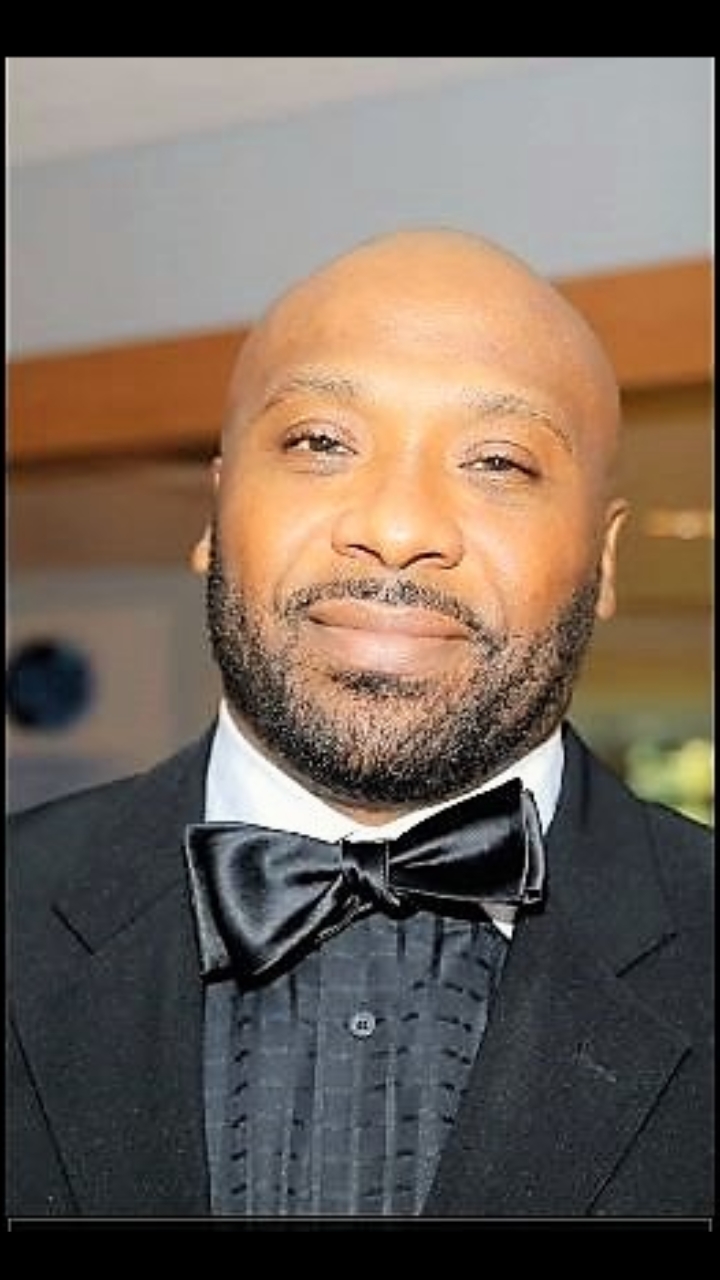 Complete your event request forms on-line, save, and print. Remember, all event forms must be submitted to your ministry leader for approval.

Forms are automatically forwarded to the appropriate department upon completion.